Recently a bug came in for a web product I support. On certain fields, we want to show a specific keyboard (like the number pad for number inputs). Mobile Safari has always been a bit frustrating to deal with in this regard. As far as I know, before iOS version 12.2 (released March 25, 2019), the only way to control which keyboard Safari would show was to use the pattern attribute with a regular expression like this: pattern="\d*". In other mobile browsers, the type attribute worked, but never in Safari.

The bug report said that input keyboards were not working any more and were defaulting back to the standard keyboard. After a quick git blame, I determined the code hadn’t changed, so the client must have changed. Additionally I couldn’t reproduce the issue on my test iPhone. After reviewing with the bug reporter, I determined their iPhone was on iOS 12.2 while mine was on 12.1.2. After updating my iPhone, sure enough the bug was reproducable.

Due to how recently the issue was introduced, I had a hard time finding anything online about what to do. Did Apple really just break all Safari input keyboard controls with no way to do it anymore? I’ll admit I did briefly consider the possibility that this was a hostile move by Apple to dry and destabalize mobile web apps (to encourage native mobile apps). However, on further investigation, they simply adopted a new HTML spec (inputmode) and totally deprecated support for the old spec at the same time (pattern). A boneheaded move (especially to not publicize the decision anywhere I could find).

According to caniuse, inputmode is supported by 61% of mobile users globally (but only 40% in the USA). It’s probably not safe to only use inputmode yet, but we should start using it as the first option. At the time of writing, MDN web docs incorrectly report no support for mobile Safari (though there is a commit to address this).

Below is an example of the inputmode spec with live demos for use on an iPhone. 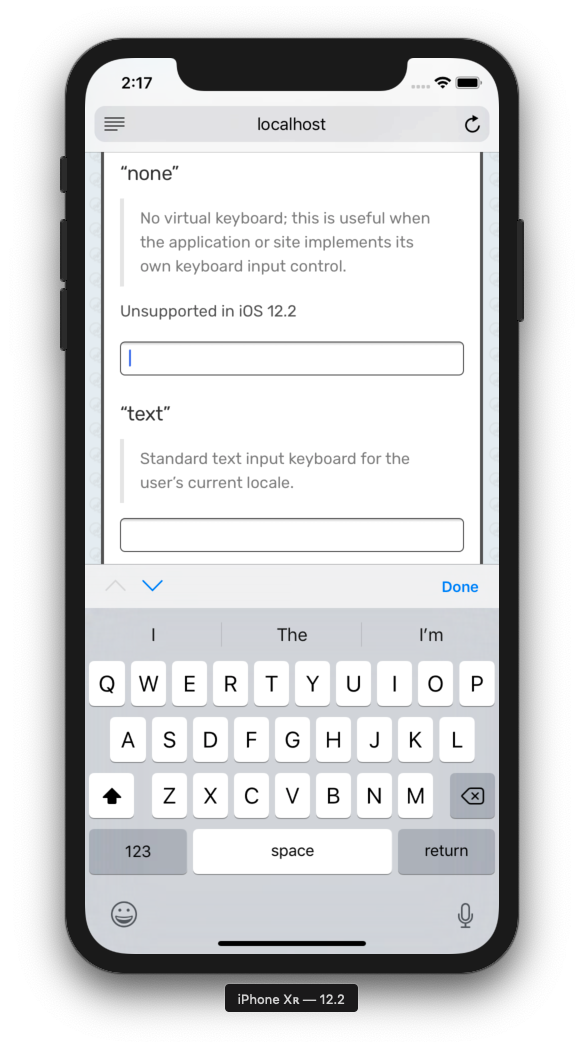 No virtual keyboard; this is useful when the application or site implements its own keyboard input control. 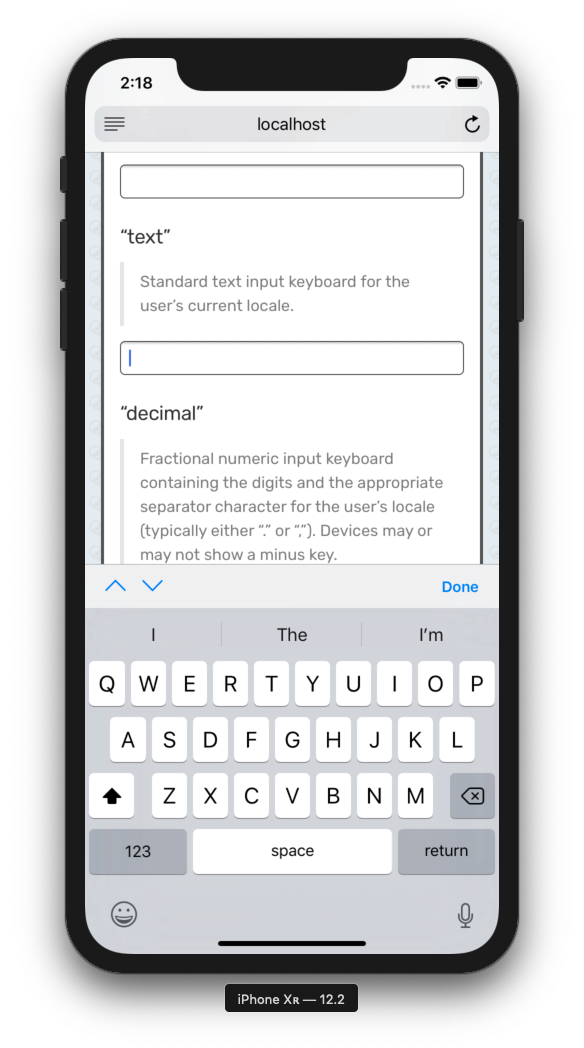 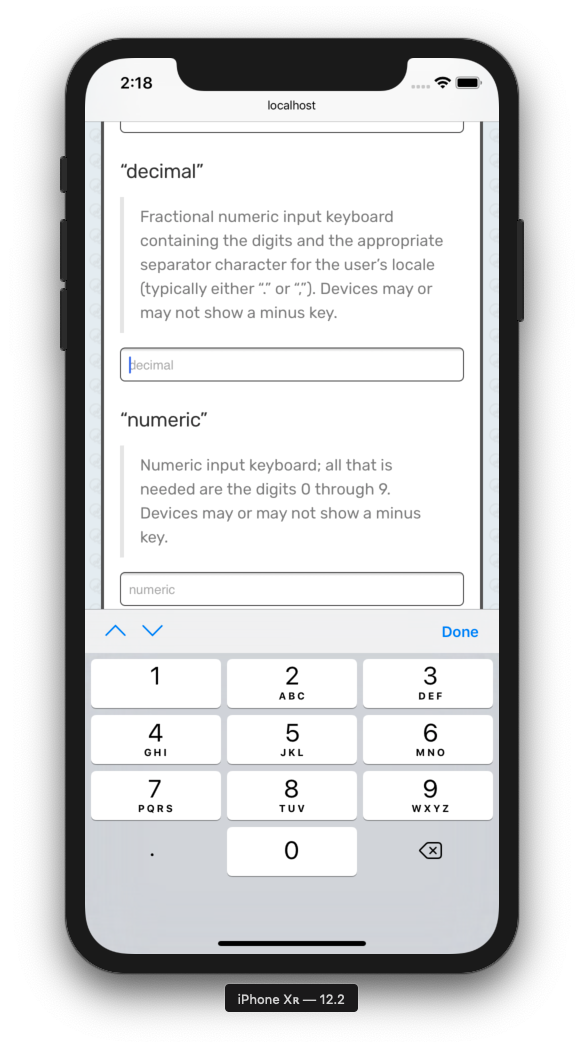 Fractional numeric input keyboard containing the digits and the appropriate separator character for the user’s locale (typically either “.” or “,”). Devices may or may not show a minus key. 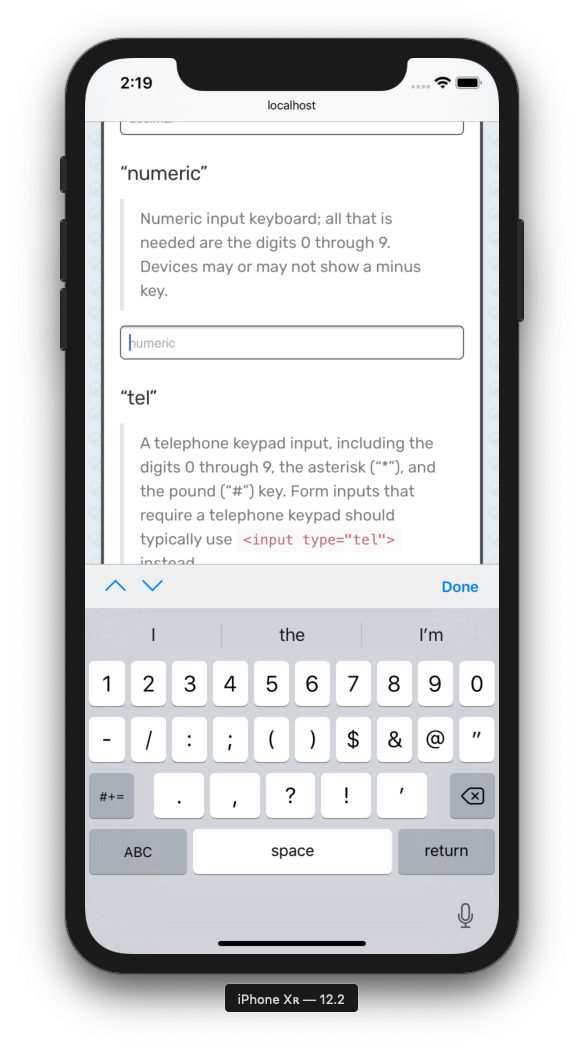 Numeric input keyboard; all that is needed are the digits 0 through 9. Devices may or may not show a minus key. 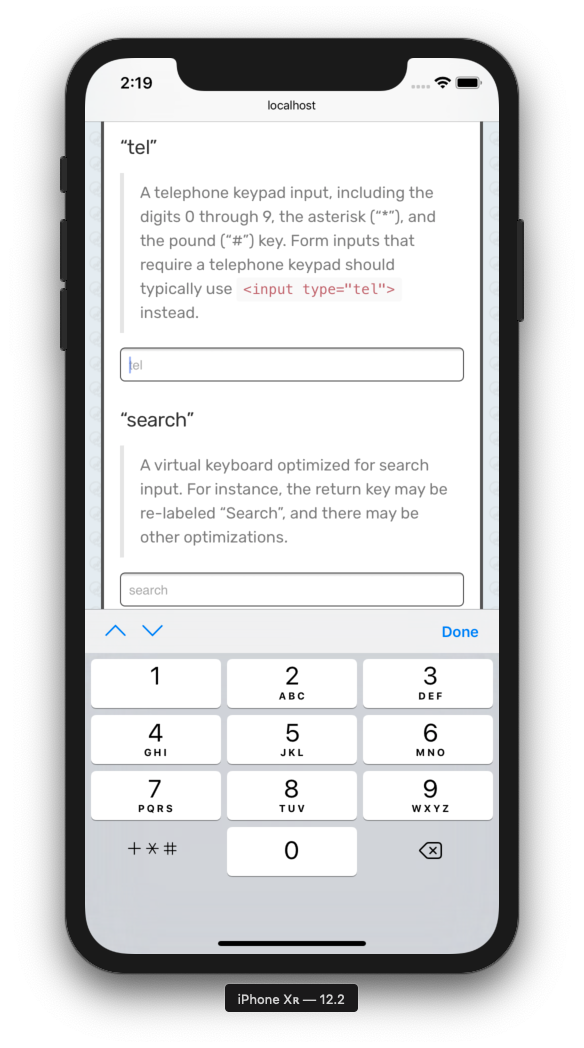 A telephone keypad input, including the digits 0 through 9, the asterisk (“*”), and the pound (“#”) key. Form inputs that require a telephone keypad should typically use <input type="tel"> instead. 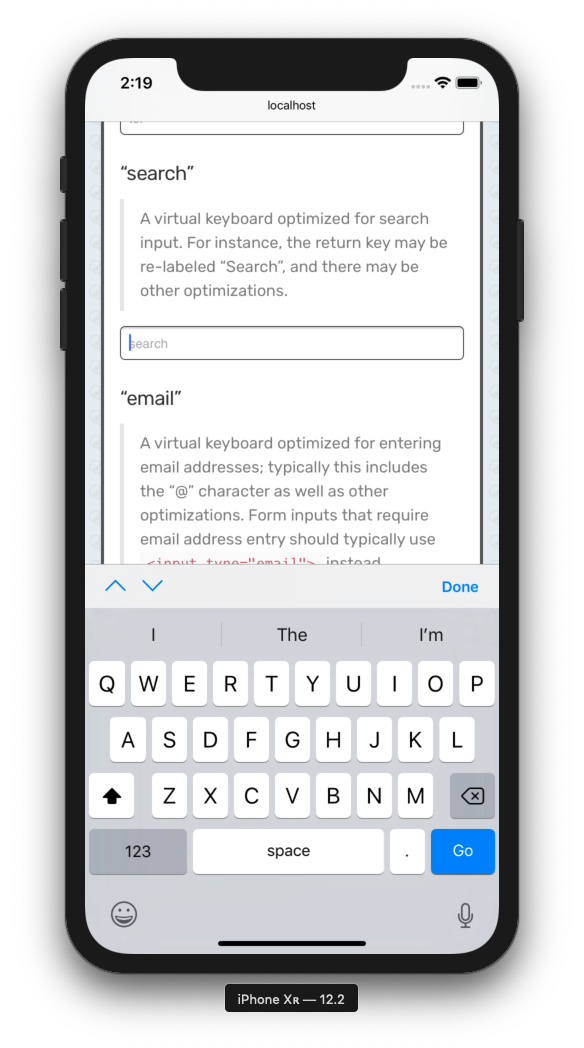 A virtual keyboard optimized for search input. For instance, the return key may be re-labeled “Search”, and there may be other optimizations. 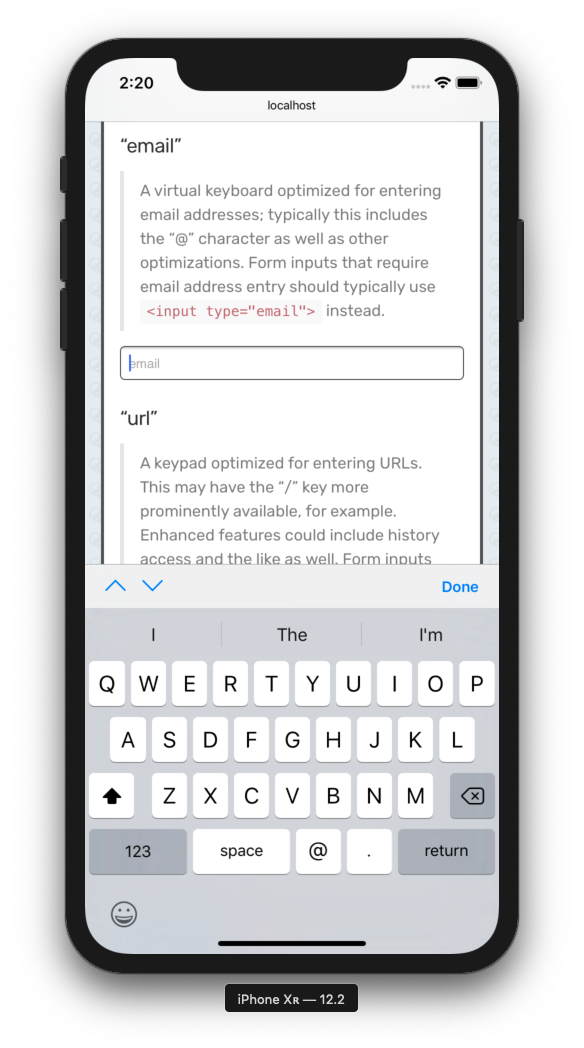 A virtual keyboard optimized for entering email addresses; typically this includes the “@” character as well as other optimizations. Form inputs that require email address entry should typically use <input type="email"> instead. 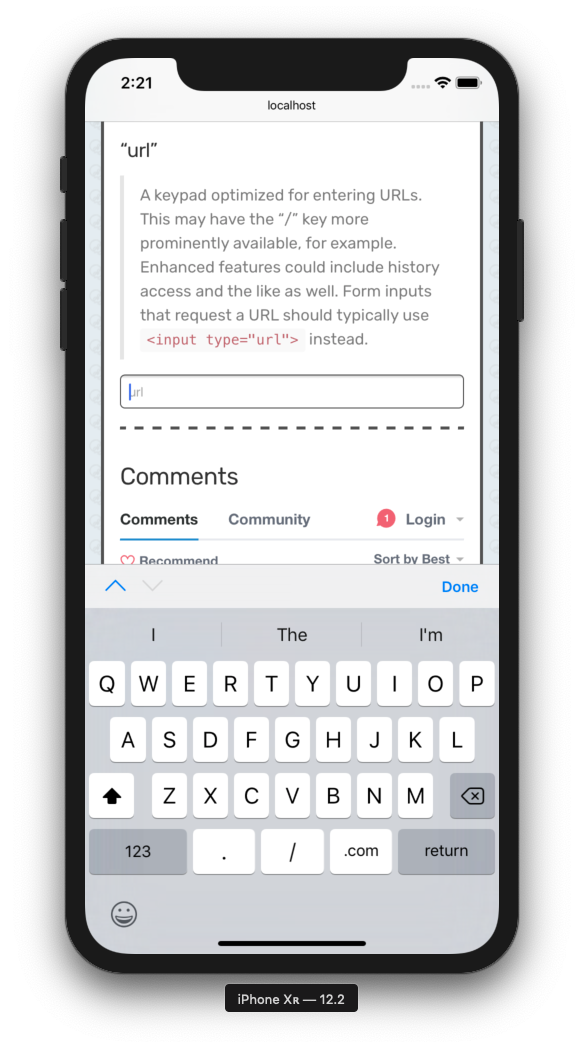 A keypad optimized for entering URLs. This may have the “/” key more prominently available, for example. Enhanced features could include history access and the like as well. Form inputs that request a URL should typically use <input type="url"> instead.